Bloomington, Indiana- Many infrastructure improvement projects are underway this season to advance community goals including safety, sustainability, accessibility, equity, economic vitality and quality of life in Bloomington. The City will provide regular public updates on a range of these improvements as they progress. City departments are coordinating with each other, as well as with private developers, to minimize the impact on Bloomington residents and visitors.

Contractors continue park improvement work at Goat Farm Park. The new trails have been laid out, compacted and gravelled in preparation for paving that will make the trails accessible. Improvements are underway on the barn as new posts have been installed under the east eaves and the roofers are preparing to put a new roof on the barn next week.

Workers are on site this week to begin installation of the new Waldron, Hill and Buskirk Park Playground, which was removed as part of the City of Bloomington Utilities’ Hidden River Pathway project. Installing the equipment, which includes a slide, climbing net and toddler play equipment, will take several weeks. Once the equipment is installed, Parks and Recreation will plan for the installation of a pour-in-place rubber safety liner, which will improve the accessibility of the play areas. 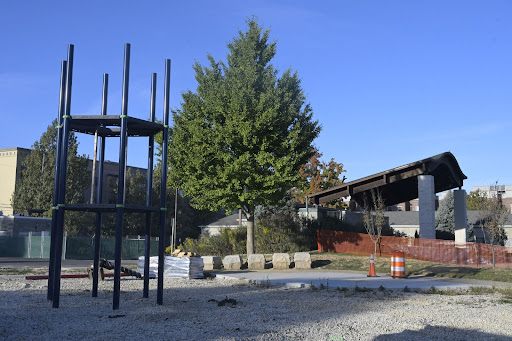 The two-year project to rebuild downtown stormwater infrastructure to deal with flooding during rain events continues and Grant Street between 4th and Kirkwood remains impacted. 4th Street is now fully reopened. The culvert is complete and the next steps are repairing and paving the road, driveway and parking lot. So, weather permitting, they could be reopened next week. This project is on track for completion by the February 2023 deadline. For more information on the project, visit: bloomington.in.gov/utilities/hidden-river.

The project has completed all demolition at the site and site restoration is nearing completion. This week an old underground storage tank was removed (see photo below) and restoration around the tank is underway. Expect continued activity on the site over the next few weeks.

The Hopewell Phase 1 East project site is bounded by 2nd Street to the north, 1st Street to the south, B-Line to the east and Rogers Street to the west. Additional information about the project and the contractor can be found at the following links: https://bton.in/mRp~I, hopewellbloomington.org & renascentinc.com/ 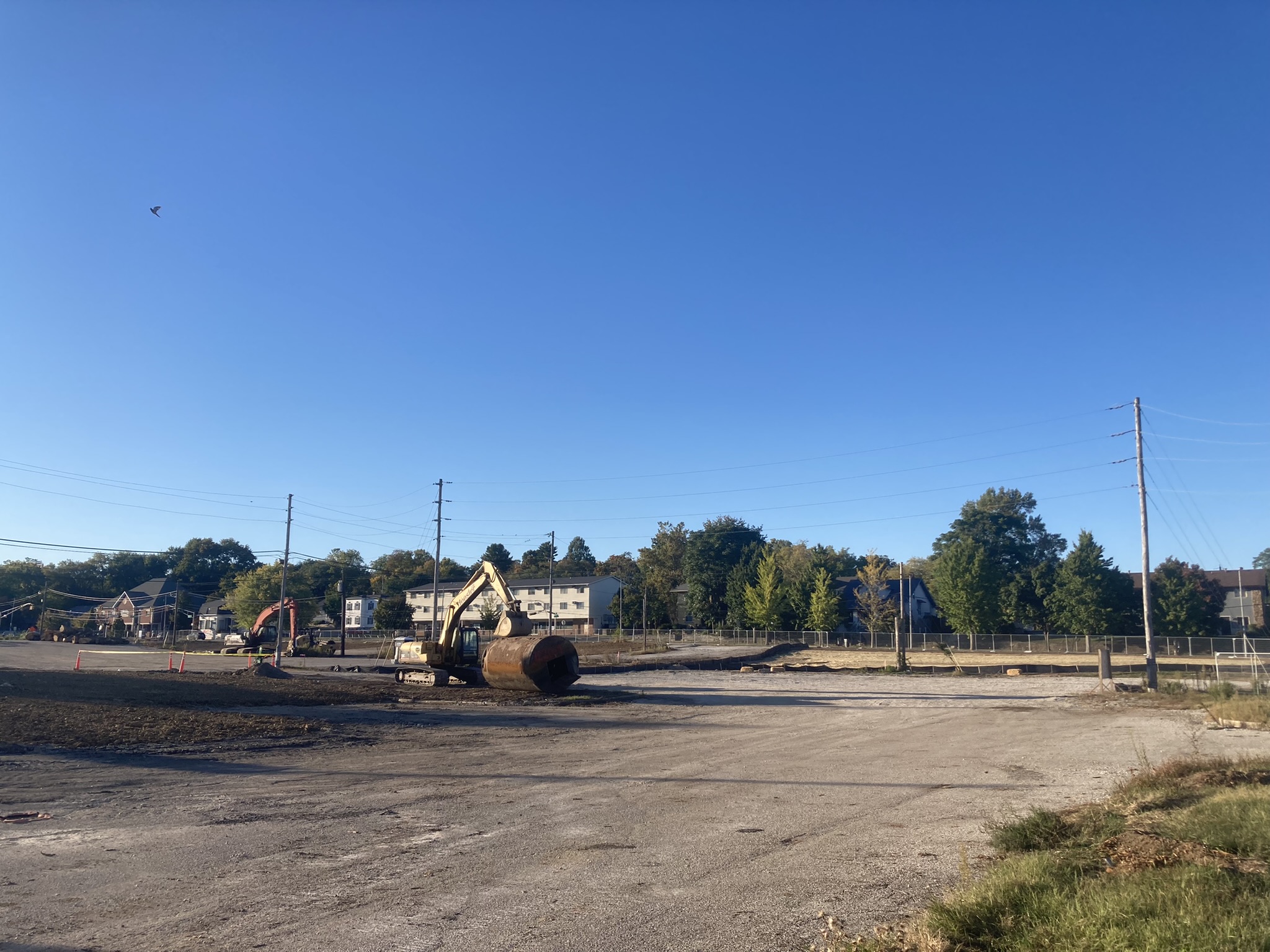 Over the next few weeks, Lineal Contracting will complete a fiber project for Everstream along S Rogers Street, W Patterson Drive, W Grimes Lane and S Walnut. There will be lane restrictions along these streets as they place both underground and overhead fiber cables. There will also be intermittent sidewalk closures.

Construction of the southern section of the Jackson Creek Trail Phase Two project has begun. This phase of the project will connect to the Sherwood Oaks Park Trail and continue south to Rhorer Road, then east to connect to the multi-use trail along Sare Road. When completed, this project will become a vital neighborhood link between three city parks (Sherwood Oaks, Olcott and Southeast Park) and two public schools (Jackson Creek Middle School and Childs Elementary). Construction is expected to be completed by the end of this year.

Construction for the installation of traffic calming devices on 12th Street (Lindbergh to Monroe) and 13th Street (Illinois to Summit) is substantially complete. The traffic calming project was prioritized through the resident-led process of the Traffic Calming and Greenways Program (TCGP). Additional project and contractor information can be found at: https://bton.in/6nWTt 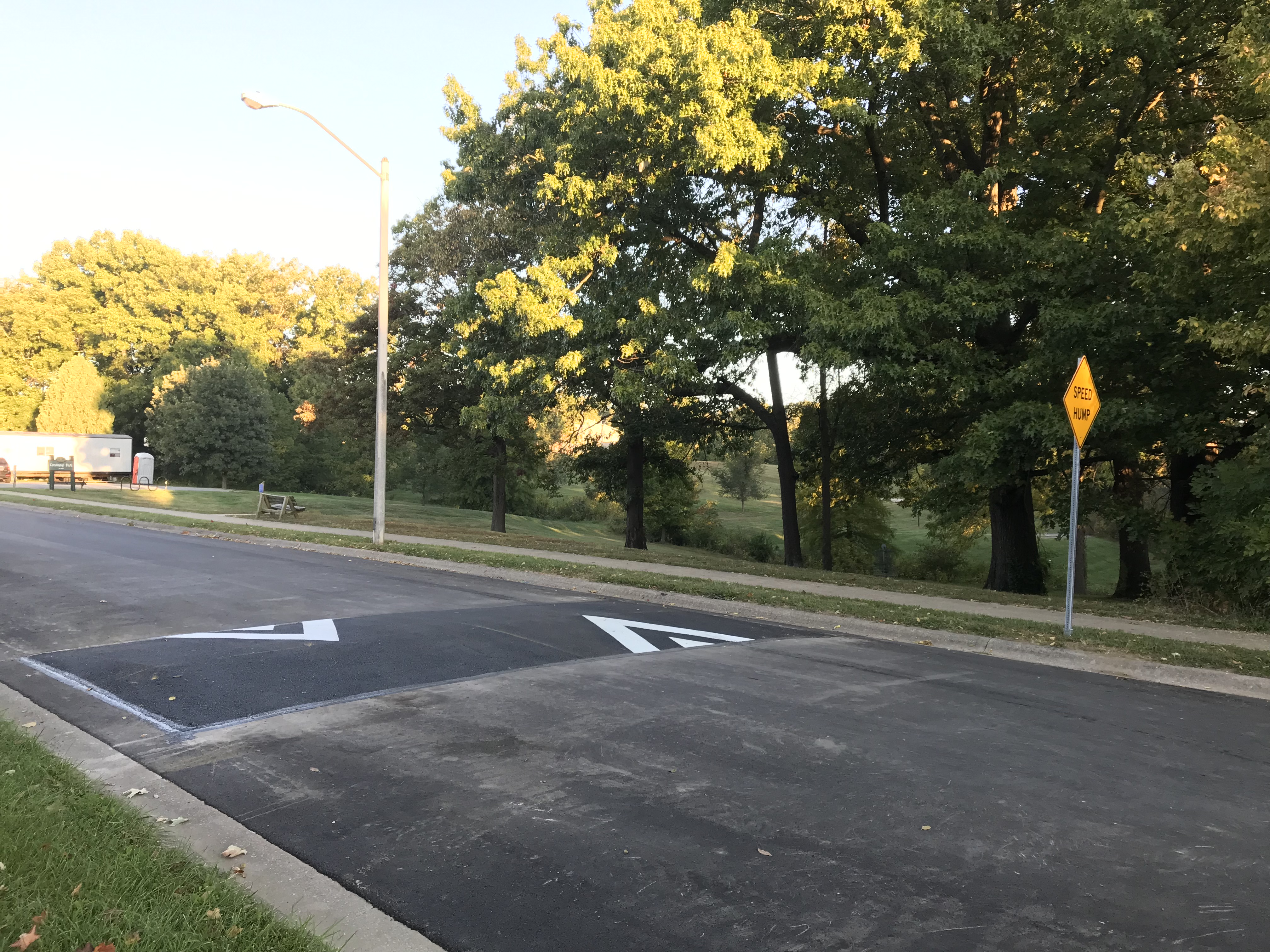 New sidewalks and ramps for the Smith Road resurfacing project were completed last week. This week the contractor is milling and paving, as well as laying out the road. All work should be completed by Friday. 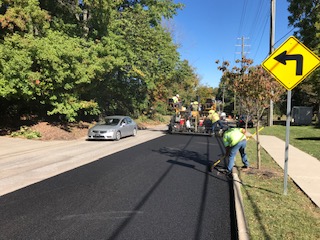 Alternate Text: A city employee near a left-turn traffic sign smooths newly laid pavement. A silver sedan and City equipment are in the background.

Read the news as it happens! Sign up for city press releases at https://bton.in/-M!di to get city news straight to your inbox.