The long-awaited Taipei Performing Arts Center designed by AMO is complete and will officially open to the public on August 7, 2022. Located in taipeiThe bustling Shilin Night Market, the new cultural landmark is designed as a venue for new possibilities in the performing arts. The monumental architecture is made up of three theaters plugged into a central cube.

“Theatre has a very long tradition. We have seen contemporary performance theaters become increasingly standardized, with conservative internal operating principles,’ says OMA founding partner Rem Koolhaas. “We want to contribute to the history of theatre. Here in Taipei, we were able to combine three auditoriums in a special way. We are interested to see how this architecture will impact in terms of expanding what we can do in theatre.

night view of the Taipei Performing Arts Center, next to the MRT station

The building is made up of an 800-seat spherical Globe Playhouse, a 1,500-seat Grand Theater and an 800-seat Blue Box connected to a central cube. The cube accommodates the stages, backstage and support spaces of the three theaters, allowing the Grand Theater and the Blue Box to be coupled to form a Super Theater – a massive space with factory quality for unsuspected performances. The Globe Playhouse with a unique proscenium allows experimentation with stage framing.

The central cube is raised off the ground to create a landscaped plaza. From there, an open-access public loop – with portal windows open to see inside the three theaters – passes through infrastructure and performing arts production spaces that are usually hidden away.

Gianotten adds, “The Public Loop exposes ticketed and non-ticketed visitors to these new works and their creative processes. We are excited about how the building constantly generates new relationships between artists, viewers and audiences. 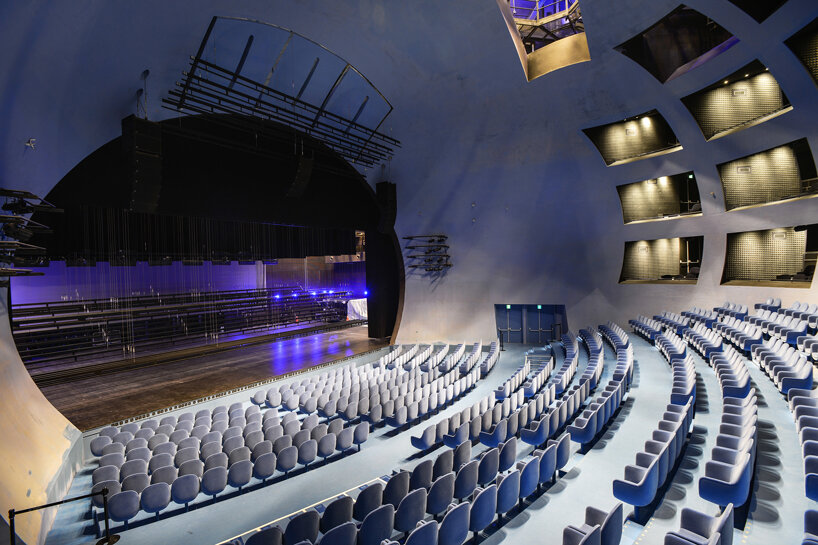 Kris Yao, Founder of KRIS YAO | ARTECH, the Taiwanese architect design collaborator, says: “This new building not only presents itself to the world as a novel and unique configuration of theater complexes, it also sits perfectly in its location – right in the center where Taipei’s popular life takes place. Its informal, unassuming and raw architectural spaces echo the spirit of how the citizens of Taipei approach art.

In terms of architectural form, the Taipei Performing Arts Center has several faces defined by the protruding auditoriums, different from the typical performance centers which have a front face and a back face. The auditoriums with opaque facades appear as mysterious elements attached to the animated and illuminated central cube clad in corrugated glass. 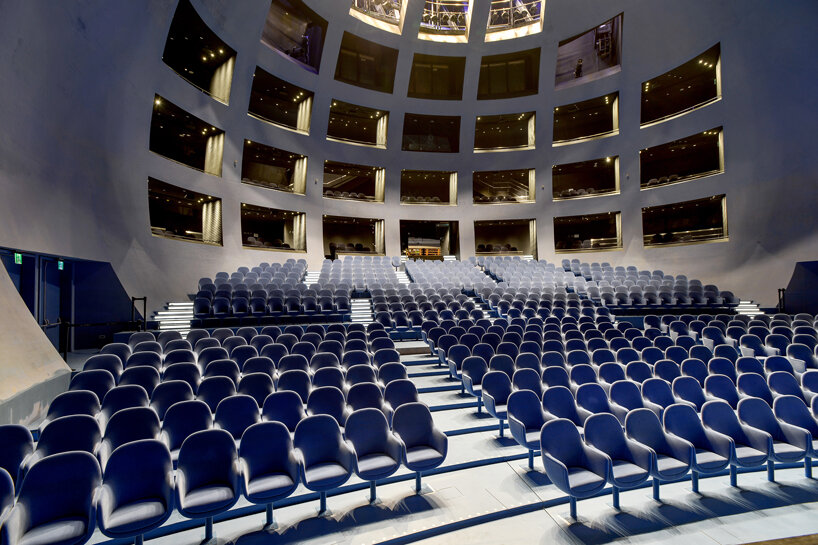 See previous coverage of the project by designboom here and here. 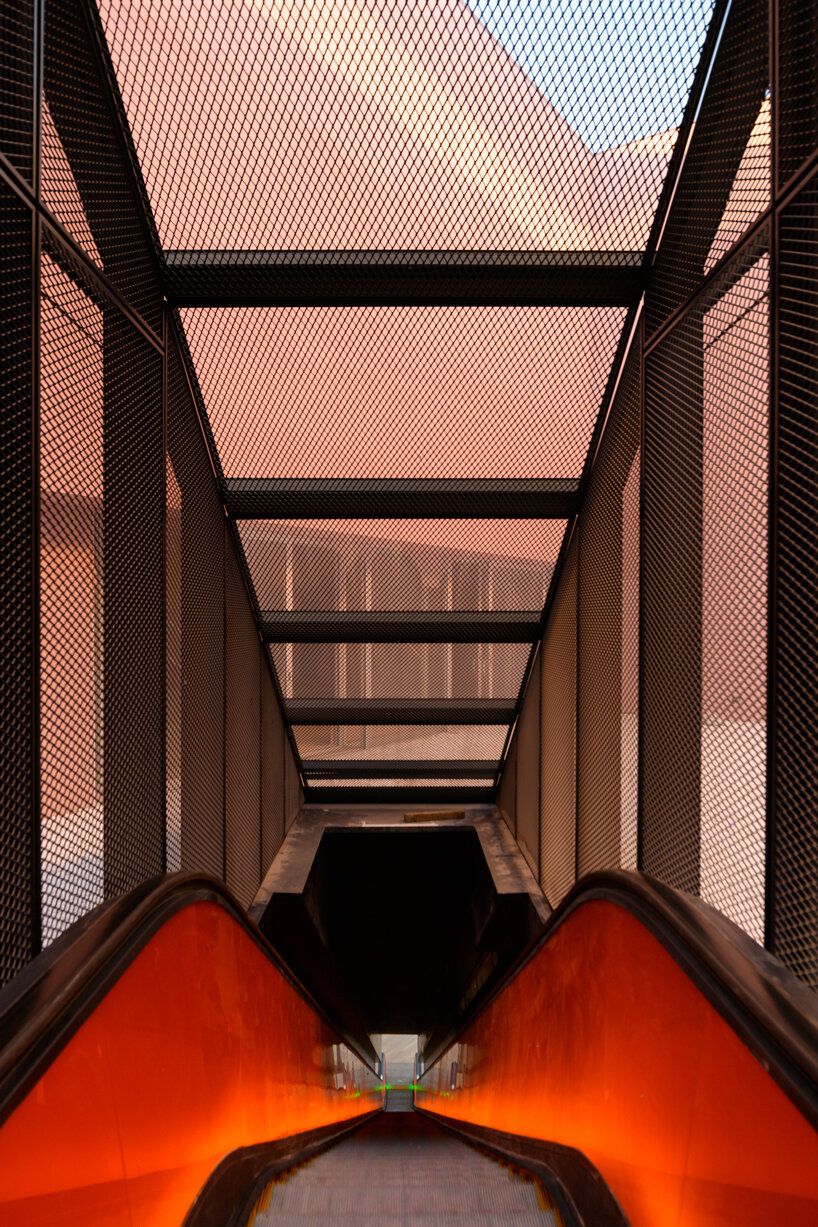 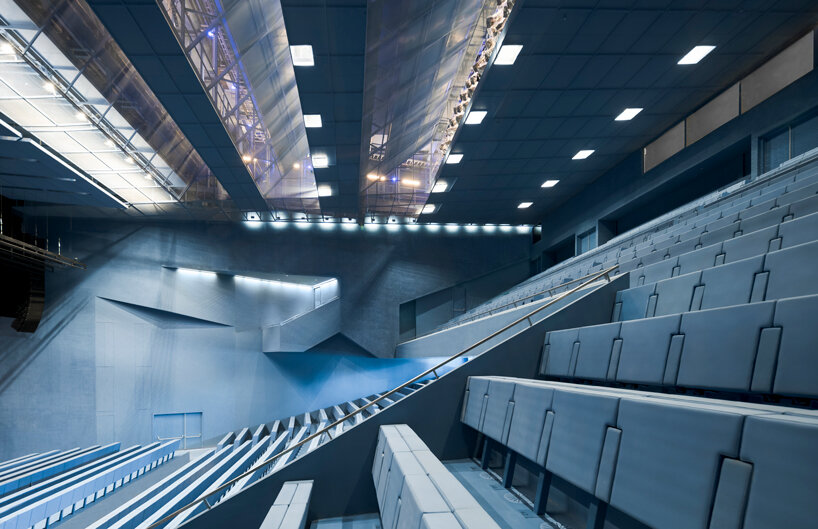 Interior of the Grand Theater