Click here to see the Men’s Basketball Player of the Week.

Statistics : Marshall is averaging 21.5 points, 4.2 rebounds, 1.1 assists and 1.5 steals per game while shooting 46% on field goal attempts and 36% on 3-point attempts. She helped Lake Ridge compile a 16-14 record heading into a Class 6A Region II quarterfinal against District 11-6A rival DeSoto on Monday at the Arlington ISD Athletic Center.

She said it: “I will remember a play in the fourth quarter in the Ellison game. Kinsea (Logan) got a steal and passed it to Laniyah (Smith) who got it to me and I had a spin move to the basket. The energy was just wild. In this game, I did a good job attacking the rim… This year, I improved my consistency. I might be short on offense and defense in a game, but I can still do the little things to be consistent through four quarters.

The coach said it: “Kylie can shoot from anywhere. During halftime of Ellison’s game, I challenged her not to settle for three, and she really responded. It really showed in his pull-up sweaters. … Over the past year, what she has improved on is her leadership. She’s very respectful and very humble, and now she’s a vocal leader,” – Lake Ridge coach Stephani Gray.

Did you know? Marshall started playing basketball at the age of four, playing at Oak Cliff Bible Fellowship Church. His mother Nikki Sanders Marshall and grandmother Twanna Adams played basketball in high school. Nikki has performed at Duncanville and Manhattan College. … Marshall’s favorite class in school is history, especially the civil rights movement. … In college, Marshall plans to major in mechanical engineering and would like to pursue a career as a mechanical engineer or designer. … Marshall’s favorite dish is chicken alfredo with breadsticks and peach punch. … Marshall’s favorite athlete is Basketball Hall of Fame guard Michael Jordan, who won six NBA titles with the Chicago Bulls in the 1990s. 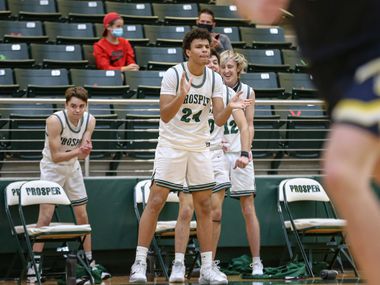