By a family statement, legendary cartoonist and comic book writer George Pérez died yesterday Friday May 6 at the age of 67. The news comes five months after Pérez announced he had inoperable pancreatic cancer and would not seek radiation treatment, opting to spend as much time as possible with his family, instead of prolong his life. Pérez reportedly passed away peacefully at home, surrounded by his family.

George Pérez was born to Puerto Rican parents in the South Bronx, New York on June 9, 1954. After beginning to draw at the age of five, his first professional involvement in the comics industry was in 1973 as an assistant to Rich Buckler. Pérez debuted in Marvel Comics’ “Astonishing Tales” #25, drawing an untitled satire of Buckler’s character, Deathlok. He then began drawing “Sons of the Tiger” in Marvel’s “Deathly Hands of Kung Fu” and created the first Puerto Rican superhero, White Tiger, with writer Bill Mantlo. Pérez’s reputation continued to grow throughout the ’70s, debuting on ‘The Avengers’ with issue #141, as well as series such as ‘Creatures on the Loose’, ‘The Inhumans’ and ‘Fantastic Four’. “. In 1979, Pérez’s work on “Fantastic Four” led to his first collaboration with Marv Wolfman for “Fantastic Four Annual” #14.

This partnership continued when Pérez started working for DC Comics in 1980, when he was offered the opportunity to work alongside Wolfman for the launch of “The New Teen Titans”. This relaunch of the team saw the duo co-create Raven, Starfire, and Cyborg. He took a leave of absence from “The New Teen Titans” in 1984 to work on his next project with Wolfman, “Crisis on Infinite Earths.” He was then commissioned to reboot “Wonder Woman” in 1987, working as a plotter and artist for the book. It was his work during the 1980s that earned Pérez a host of awards, including an Inkpot Award in 1983, as well as Comic Buyer’s Guide Fan Awards “Favorite Artist” in 1983 and 1985. 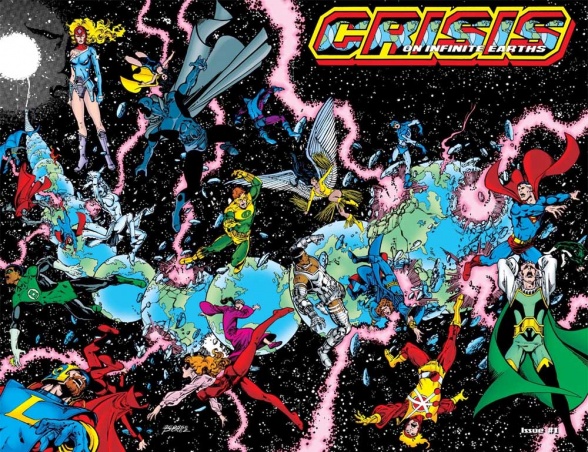 Pérez’s relationship with DC soured following problems with his “War of the Gods” script in 1991. It was also that year that he began work on “The Infinity Gauntlet” with Jim Starlin at Marvel, although after personal complications he was only able to complete four issues of the series. Pérez’s later projects included the Epic Comics book “Sachs and Violens” with Peter David, a new 1996 incarnation of Teen Titans, “Silver Surfer”, and a return to “The Avengers” with Kurt Busiek. Their landmark relaunch of Earth’s Mightiest Heroes in 1998 led them to regroup in 2003 on the biggest (and final) DC/Marvel crossover to date, “JLA/Avengers”.

In 2000, Pérez, Busiek, and several other comic book creators founded the Image Gorilla Comics imprint, which proved unsuccessful; he also drew books for CrossGen Comics before it went bankrupt. He wrote the revival of “Superman” during “New 52” in 2011, and wrote and drew a creator-owned sci-fi series, “Sirens,” at BOOM! Studios between September 2014 and December 2016. In 2017, Pérez suffered a heart attack and was forced to retire from comics two years later due to his increasing number of health issues. In addition to all of his comic book credits, Pérez served as co-chair of the charity The Hero Initiative.

Pérez is survived by his wife, Carol Flynn. A memorial service will be held at MegaCon Orlando at 6 p.m. on Sunday, May 22. DC responded on the news saying, “George Pérez made everything seem effortless. His contributions have been pivotal in both driving and reimagining DC’s long and storied history. George’s stories were a joy to read and his work resonated with everyone he met. He will be missed by those here at DC and by fans around the world. DC previously announced that they would be honoring various artists, featuring Pérez and the DC characters he was best known for drawing, in all of their June releases, to mark what would have been his 68th birthday.